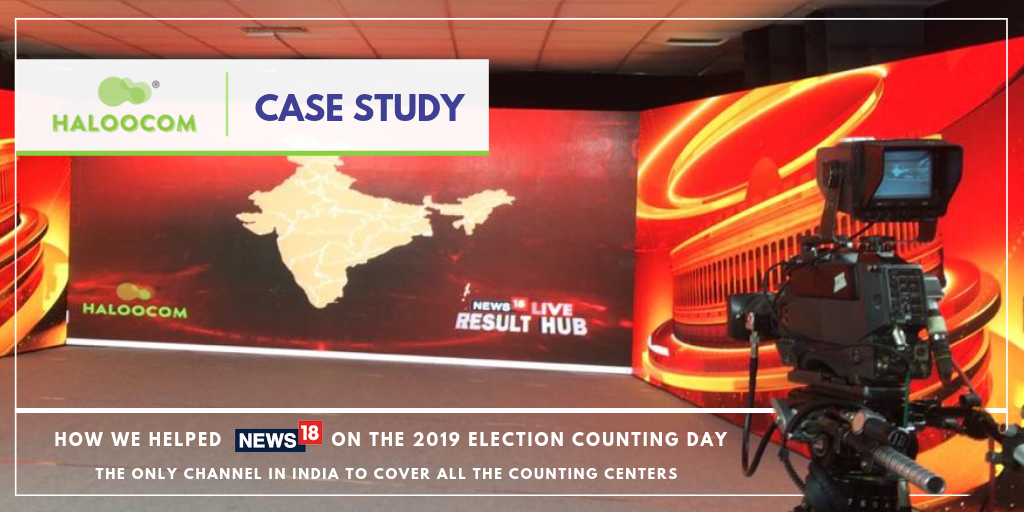 CNN News18, India’s largest English News channel, was the only channel in India to cover all the counting centers during the 2019 election season. Making its general election counting broadcast the fastest and most reliable. To enable this feat, CNN News 18 had teamed with Haloocom as their official communication partner. Haloocom helped CNN News18 by acting as their communication provider during the Central election counting day on 23rd May 2019. We were promptly able to provide them with a solution which would facilitate instant communication between reporters at the polling booth and live reporting happening at their central hub at Hyderabad.

CNN-News18 is India’s top English news channel. In the latest Broadcast Audience Research Council (BARC) report, CNN-NEWS18 was shown to have the highest viewership all over the country, topping the charts in most of the urban, rural and metro regions. The media conglomerate has nearly 40% market share of television viewership time of age group of 22+, and has consistently won multiple awards for best news channel over many years. The awards include ITA Award for Best News Channel in 2012, 2013 and 2016, and Indian Telly Award for Best news channel in 2007.

Acknowledging the challenges, our engineers had come up with a network design solution which had the following key components: 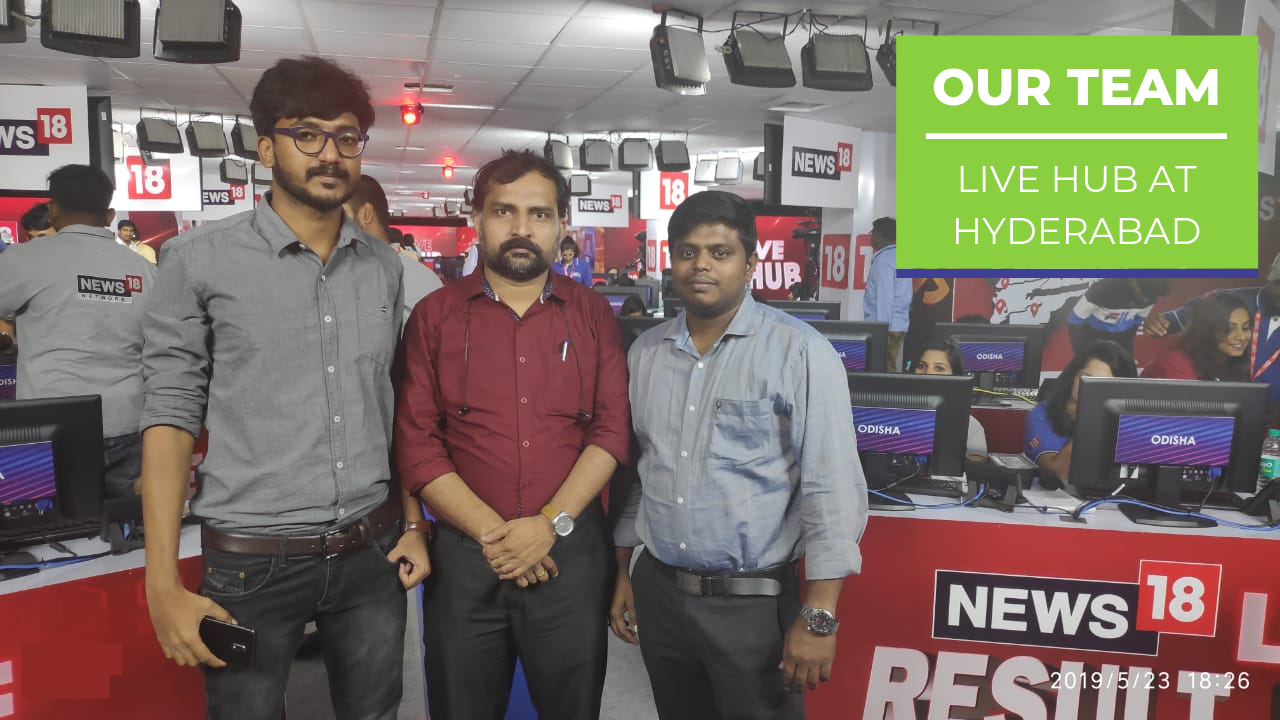 CNN News18 had more than 100 reporters at all the polling booths in the 16 states to report real time election counting. To accommodate such large numbers on a temporary basis, we had set up a unique Direct Inward Dialling (DID) for each state through which journalists will be able to report to the live hub. DID is a block of telephone connections in a Private Branch Exchange (PBX). A DID helps in quick setup and removal of telephone connections, perfect for temporary setups such as a counting booths. 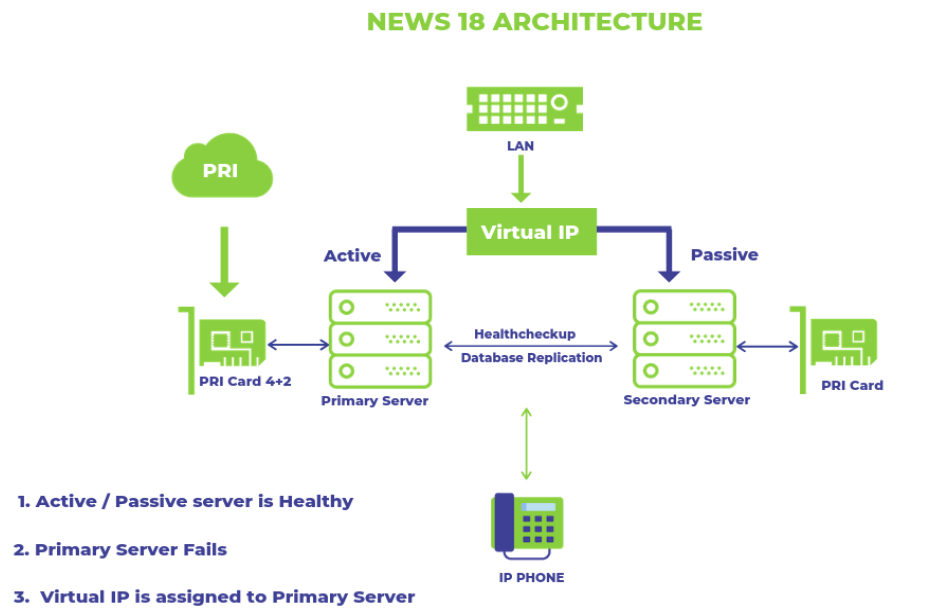 An automatic health checkup was performed between the Xchanges on a regular basis, and the call recordings were also copied from primary to secondary Xchange after the dialling hours. To our engineers’ credit, no incidents with the primary Xchange appeared during the whole live reporting period.

To identify the caller immediately, an address book of phone numbers with their respective Journalist’s names and details were stored in the database. Reducing the time for identification and verification, in turn, enabling the information to reach the live hub on a real time basis.

CNN News18 had set up a live hub in Hyderabad to receive news input from all the poll counting locations. The hub acts as a center point for the national news coverage, where a display dashboard reflecting the real time counting numbers was put up. To make it intuitive and viewer friendly, our team had designed the dashboard with an Indian map, in which a particular state was highlighted indicating an update in counting numbers. The dashboard was central to CNN News18’s reporting on the election counting day.

“As expected, News18 India saw unprecedented viewership on the Counting Day. The channel was able to break the first trends as well as the first results. News18 India was able to achieve this because of a dedicated Live Results Hub that was set up and was receiving data from every single counting centre across the country – it was this that allowed the channel to stay far ahead of competition through the day.“

Haloocom is a leading provider of IP PBX and Contact Center Solution in India. In case of any enquiries or to know about our products, be sure to contact us at 9972732222 or send an email to enquiry@haloocom.com.

YES, I WANT TO STEP UP MY BUSINESS COMMUNICATION

At Haloocom, we don’t just do the job- We succeed at it. Haloocom’s latest communications technology can ramp up your productivity and radically improve how you interact with and serve customers. Innovate faster, respond quicker, deliver more.

We provides a complete telecom solution for all your communication needs. Whether you need a robust Contact Center software, IP PBX, Video Conferencing solution or Business Communication app.